The usual Facebook color combines blue steel with a lavender field. And the publication feed has just a white and unremarkable backing. Perhaps you are also fed up with the standart design of facebook, then our extension can help! Facebook Themes can change the design of your favorite social network to a more colorful and attractive one.
Sort by:
36 The bright and bold colors of the explosion create a sense of movement and energy, while the abstract shapes and patterns lend a sense of creativity and individuality. A colorful explosion background for Facebook is a dynamic and visually striking design that adds a sense of energy and excitement to your profile. The background also serves as a reminder of the power and beauty of change and unpredictability. This background is perfect for those who want to make a bold statement, and want to show off their unique personality on their profile. The pattern of greens, browns, and grays creates a sense of blending in with nature, the perfect design for those who love the outdoors, hunting, and military culture. A camouflage pattern background for Facebook is a bold and unique design that adds a touch of ruggedness and adventure to your profile. The background also serves as a subtle reminder of the skills of stealth and adaptability. This background is perfect for those who want to add a touch of ruggedness and adventure to their profile, or who want to show off their love for the great outdoors and the military culture. The sunflowers' bright yellow petals and dark centers create a visually striking contrast, while the field of flowers evokes feelings of warmth and happiness. A sunflower field background for Facebook is a beautiful and natural design that adds a touch of warmth and beauty to your profile. The background also serves as a reminder of the beauty of nature and the simple pleasures in life. This background is perfect for those who want to add a touch of natural beauty and positivity to their profile, or who want to show their love for the great outdoors.

The red rays radiating outwards from the center create a sense of depth and movement, while the use of the bold red color evokes feelings of passion, power and excitement. A red rays moving from the center background for Facebook is a dynamic and attention-grabbing design that adds movement and energy to your profile. This background is perfect for those who want to create a sense of motion and energy on their profile, or who want to make a bold statement with their design.

The smooth motion of the dark squares gives a sense of fluidity and continuity, while the dark color palette creates a sense of mystery and intrigue. A dark squares smooth movement background for Facebook is a mesmerizing and visually captivating design that adds depth and movement to your profile. The repetitive geometric shapes and patterns lend a modern and minimalist feel. This background is perfect for those who want to make a bold and unique statement, or who want to create an eye-catching profile design. A sharp black edges background for Facebook is a sleek and modern design that exudes sophistication and style. The bold black lines create a striking contrast against the white background, creating a clean and minimalistic look. The sharp edges give a sense of precision and attention to detail. This background is perfect for those who want to make a bold statement, or who want to give their profile a polished and professional appearance. A bitcoin background for Facebook is a unique and stylish way to showcase your interest in cryptocurrency. The iconic bitcoin symbol and the digital aesthetic of the background convey a sense of innovation and technology. The background also serves as a subtle reminder of the value and potential of bitcoin as an investment. It's a perfect way to express your support for the decentralized digital currency and shows off your knowledge and passion for the topic.

A flying love hearts video background for Facebook is a romantic and visually appealing way to add some charm and elegance to your profile. The animation of the hearts fluttering and floating on the screen creates a sense of movement and energy, while the colors and shapes of the hearts themselves evoke feelings of love and affection. This video background is perfect for expressing your love, or for setting a romantic tone on your profile. A vibrant blend of abstract colors creates a dynamic background, drawing the viewer's attention with bold hues and striking contrasts. The use of different shades and textures adds depth and movement, making the composition both eye-catching and visually interesting

These landscapes are characterized by large hills and valleys of sand, formed by the wind over time. The color of the sand can vary from golden to orange to white, depending on the mineral content and the angle of the sun. Desert sand dunes are often found in areas with little or no vegetation, and the harsh conditions of the desert can make them treacherous to navigate. Despite the challenging conditions, desert sand dune landscapes are home to a variety of unique and adaptable wildlife species. These landscapes offer some of the most unique and beautiful photo opportunities, and are popular among nature photographers and outdoor enthusiasts. Anime is a style of Japanese animation that has become popular around the world. The characters in anime are often colorful and have distinct facial features, and the animation is known for its fluid movement and dynamic fight scenes. The stories in anime can range from light-hearted and comedic to serious and dramatic, covering a wide variety of genres such as action, fantasy, romance, and science fiction. Some of the most popular anime include "Naruto", "Dragon Ball Z", "One Piece", "Death Note", and " Attack on Titan". Anime has a dedicated and passionate fan base, and it has also been credited with helping to popularize Japanese culture and entertainment around the world. The mathematical principles that govern the movement of objects in a three-dimensional space. This can include things like position, velocity, and acceleration, as well as more complex concepts like rotation and angular momentum. To understand 3D movement geometry, it is important to have a good grasp of basic vector and matrix math, as well as the laws of physics. With this knowledge, one can create complex simulations and animations of moving objects in 3D space. The Lamborghini SC18 is a one-off supercar created by the Italian automaker Lamborghini. It was first unveiled in 2018 and is based on the Aventador SVJ, but features unique styling and performance enhancements. The SC18 features a carbon-fiber body and a 6.5-liter V12 engine that produces 770 horsepower and 531 lb-ft of torque. It has a top speed of more than 217 mph and can accelerate from 0 to 60 mph in under 2.8 seconds. The SC18 also features a number of aerodynamic enhancements, including a massive rear wing and a front splitter, that help to increase downforce and improve handling. The car also features a number of unique design elements, such as the blacked-out "SC18" logo on the front and sides of the car, and a unique paint job with a red and white color scheme. The Lamborghini SC18 is a track-focused supercar and only one unit was produced and it was sold to a private collector. It is considered one of the most exclusive Lamborghini models and the prototype of the car is not available for public viewing. Islands located near the equator and characterized by their warm and humid climate, lush vegetation, and diverse wildlife. They are often surrounded by crystal-clear waters and white sandy beaches, making them popular tourist destinations. Some of the most famous tropical islands include Hawaii, the Maldives, and the Seychelles. Tropical islands are home to a wide variety of plants and animals, many of which are unique to the island ecosystem. They are also known for their diverse cultures, with many tropical islands having been settled by different groups of people throughout history.

Galaxy that has a spiral shape, with a central bulge and arms that spiral outwards. These arms are made up of stars, gas, and dust and are where new stars are formed. The Milky Way, our own galaxy, is an example of a spiral galaxy. The spiral shape is created by the rotation of the galaxy and the gravitational pull of the central bulge. These forces cause the gas and dust in the arms to compress, leading to the formation of new stars. The bright central bulge of a spiral galaxy is usually composed of older stars, while the arms contain younger, more luminous stars. The spiral structure of a galaxy is thought to be maintained by the rotation of the galaxy and by the gravitational pull of dark matter, a mysterious substance that makes up most of the mass in the universe. 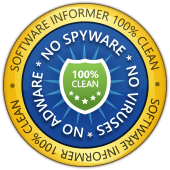